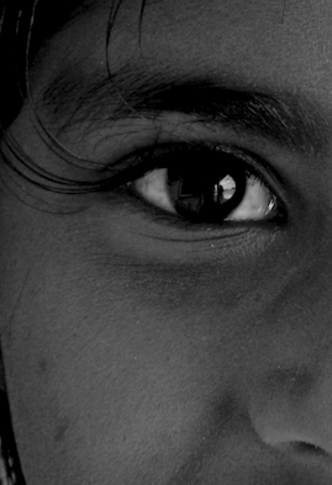 The concept behind this project is to prevent the past civil conflict in Sri Lanka from ever repeating itself and to create a permanent solution for all Sri Lankan citizens to live in peace and harmony forever.

Democracy is not a state, it is an act. Democracy is never guaranteed to any state unless the people are willing to struggle for it. The majority of citizens in Sri Lanka keep themselves away from politics due to fear. It is this fear that has led to the degradation of democracy in Sri Lanka. It is the unwillingness of citizens to co-operate with and guide the politicians that have caused the division in democracy.

Racial discrimination in Sri Lanka is the main cause of the internal civil war that lasted 26 years and must be pulled out from its roots. Any act of racial discrimination should not be tolerated by any citizens and such acts must be documented and must be taken to court and punished no matter who commits it. The country has already paid enough and does not need any more hindrance to democracy. It is in the hands of Sri Lankan citizens to mandate and support us in this endeavor.

The Sri Lankan government is forced to avail of huge foreign loans in-order to resurrect the ailing economy and they are finding it very difficult to even pay its interest which is further hindering the countries development. We believe that Sri Lankan diasporas and the well-wishers across the globe have the necessary capital and intellect to help the government of Sri Lanka to improve its economy.

Failure of the world's leading democratic countries in stopping the internal civil war in Sri Lanka that lasted for more than 26 years has cost many human lives, left many invalid, and has led to economic damage which has set the country on a back foot in terms of progress, both socially and economically.

If we receive a good number of supporters for our project Mankind we will have open discussions with the leaders of the leading democratic countries of the world and raise the question, while the leading Western nations were spending trillions of dollars in eliminating the leaders of Iraq and Libya, why they did nothing to stop the internal civil war in the democratic country of Sri Lanka which lasted more than 26 years.

We are ready to negotiate with the leading democratic countries of the world and try to get help in reducing the debt burden of Sri Lanka and thereby giving Sri Lanka a chance to rebuild its economy.

We urge all Sri Lankans, Sri Lankan diasporas, and the well-wishers to join hands with Mankind (NGO) Sweden and show your solidarity to rebuild Sri Lanka and bring back the unity and prosperity of Sri Lankans. This is probably the best and the last chance to bring together Sri Lankan diasporas of all ages and bring them back to their motherland Sri Lanka.
{Play}
ABOUT US
Mankind is an international Non-Governmental Organization (NGO) founded in May 1997, aimed at helping millions of people in third world democratic countries to practice and promote democracy, justice, and human rights. It operates to strengthen democracy, justice, and human rights in these nations. Since 1997 Mankind (NGO) has been in contact with many heads of states in the leading industrial countries, including India, and also with the UN, regarding the best way to practice and promote democracy, justice, and human rights in the third world democratic countries.

One country which has faced a huge crisis in the past is Sri Lanka. We at Mankind, firmly believe that the progress of the country can be improved tremendously by improving human rights, preserving democratic policies, and establishing improved economic reforms.

We wish to highlight that Mankind (NGO) was in contact with the Sri Lankan heads of government on many occasions during Sri Lanka's past internal war in an attempt to find solutions to end this internal war.

Our intention with this project Mankind in Sri Lanka is to prevent the past civil conflict in Sri Lanka from ever repeating itself, and to create a permanent solution for all Sri Lankan citizens to live in peace and harmony forever.

You will see the difference when you care and act. Let us all wake up and work together through the Mankind Project.

{Play}
WHO WILL SPEAK FOR ME ?

History teaches us a lesson of the dangers of silence.

First they came for the Socialists, and I did not speak out Because I was not a Socialist.

Then they came for the Jews, and I did not speak out Because I was not a Jew.

Then they came for me - and there was no one left to speak for me.

We think positive and work positive. Anyone with positive ideas are welcome to share it with us and make it a reality.